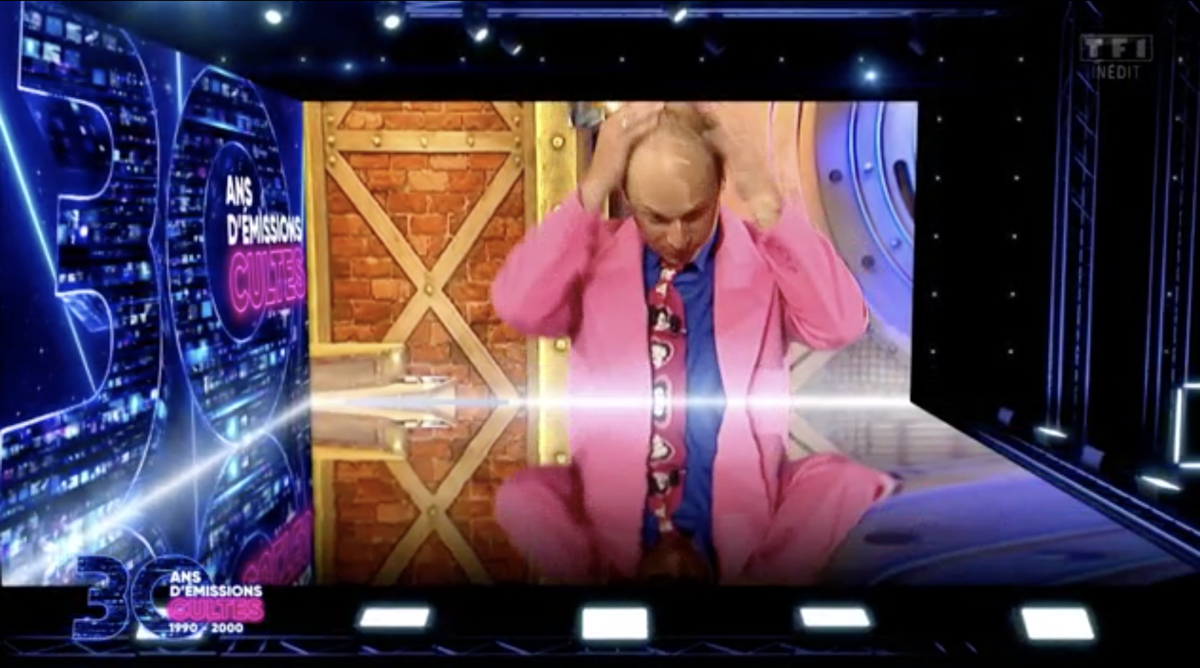 This Saturday, June 11, the first issue of “30 years of cult broadcasts” was broadcast on TF1. Focused on the years 1990-2000, this program took viewers back to childhood. And nostalgia quickly won the Web.

A good evening. This Saturday, June 11, TF1 has decided to take viewers back to childhood. By broadcasting the first episode of “30 years of cult shows”, centered on the years 1990-2000, fans of that era have found images of the most popular programs on the small screen. Between “Fort Boyard”, “Le Bigdil”, “Club Dorothée”, “La Télé des Inconnus”, “Coucou C’est Nous!”, “Les Enfants de la Télé”, or “Le Juste Prix”, and many still others, there was something for all tastes, and for all desires. These emblematic programs have marked the spirits and continue to unleash passions. At that time, emotion came to television. Strangers have been honored and their testimonies have created a whole new way of consuming television.

Discover the portrait of Arthur:

“There is nothing interesting on television anymore”

Needless to say, time passes at breakneck speed. And quietly watching “30 years of cult shows”, viewers realized this even more. A feeling of deep nostalgia quickly won over the social network at the blue bird. Those born before the 2000s remember this time and describe it as “the golden age of French television”. For many, “it was better before”, at least, TV shows. In addition, many Internet users have recognized that at that time, there was more carelessness and freedom of expression. Now some sketches would be censored. It was another era that some Twitter users regret.

“It breaks the rhythm, it’s annoying”

Although this program and this concept appealed to viewers, one detail nevertheless annoyed Internet users. The sequences of programs from the 90s and 2000s scrolled by much too quickly for their taste… But above all, each tape recorder was cut by comments deemed “useless”. For them, “it broke the rhythm” of the show.

The years 1990-2000 will remain etched in the minds of the French. At that time, television was very different.