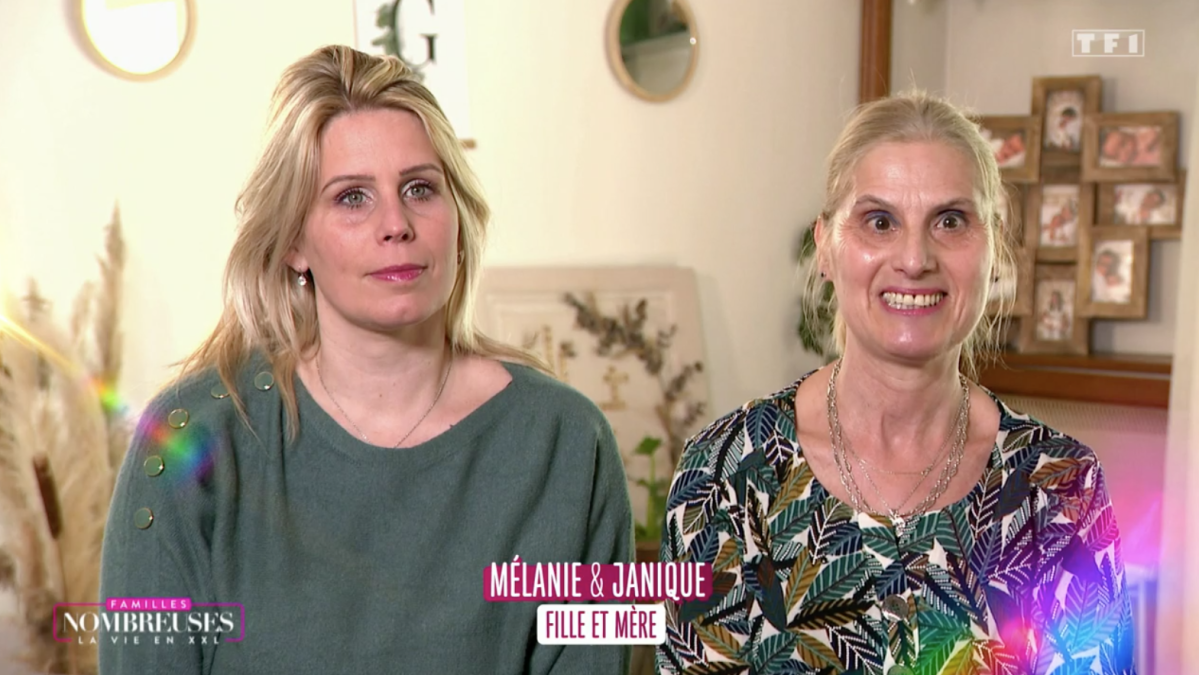 This Thursday, June 23, we find the Gonzales in “Large Families: Life in XXL” for a trip to the grandmother, who had not seen her grandchildren for a long time. This is Mélanie’s mother that Internet users did not struggle to recognize: according to them, it is his spitting image!

Like Mother like daughter. This Thursday, June 23, we meet again for the daily “Large Families: life in XXL”. On the program: birthday of little Camille Boibessot or tree climbing outing for the Jean Zéphirin family. But it is also a great moment for the Gonzales family, who are now reunited with Janique, the grandmother of the 8 children and the mother of Mélanie.

Indeed, following disagreements, Janique and Mélanie moved away for a while. She therefore, unfortunately, missed many moments in the life of this whole little tribe, including the birth last September of little Marceau. But today, Mélanie decides to put this conflict behind her and reconnect with her mother… much to her delight. So it’s for Christmas that everyone goes to Janique’s: and she took things seriously!

A moving moment in life

The grandmother of 8 children was eager to find her family. For the occasion, she woke up at 5 am, stressed, and decorated her house as well as possible and then prepared a small meal. “I missed it a lot,” she says. “That’s why I have the pictures of my grandchildren close to me. I have never forgotten them, never.” Visibly happy to be reunited with her family, she even ends up shedding a few tears when she is offered her gift: a pretty bracelet with the writing “Mom”. A particularly moving moment for the whole family, and even for her grandchildren who were all eager to see their grandmother again. But if Internet users were also touched by this precious moment with the family, it was another detail that jumped out at them: the striking resemblance between Janique and Mélanie.

On Twitter, viewers did not hesitate to give their opinion on this situation. According to them, involving children in these stories was not necessarily the best thing to do. However, they remained very touched by “Mamie Zezette”, her nickname.

In the end, all’s well that ends well with the Gonzales family, who are about to spend precious moments with Janique.