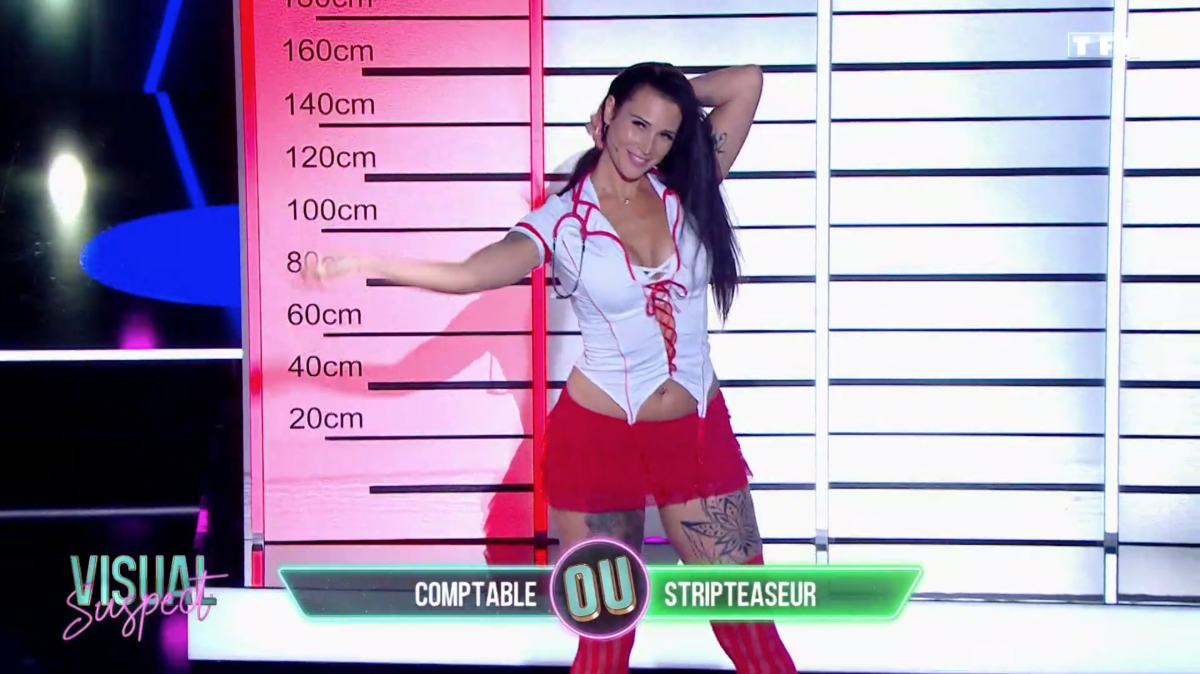 This Friday, June 17, TF1 and Arthur inaugurate the very first issue of “Visual Suspect”, a new program inspired by a sequence from a famous American late show hosted by James Corden. The principle is simple: for nearly two hours, 80 anonymous people parade in front of the viewers who will have to guess the particularities of these candidates based in particular on their physique. By simply looking at their faces, the investigators present on set (Shy’m, Booder, Ahmed Sylla and Camille Lou) will have to guess the trades, passions or hidden follies of all these anonymous people, avoiding the traps, prejudices or crimes of facies! For many Internet users, if the program is quite light and can be watched, it is above all a huge plagiarism of a famous program hosted by Marie-Ange Nardi from 1996 to 2002!

“Do not judge on appearance”. If these words evoke especially those pronounced for many years by “The Voice” of Secret Story, from this evening, it is a new program which seizes it. This is “Visual Suspect”, the new entertainment presented by Arthur, broadcast this Friday, June 17 on TF1. This new program, inspired by a sequence from a great American late show presented by the British James Corden, is a game with simple rules: guess the profession, the passion, the secrets, the hidden follies of dozens of anonymous candidates in based solely… on their physique. In addition to the viewers, four personalities divided into two teams are leading the investigation: Camille Lou is thus in a team with Ahmed Sylla while Shy’m forms a pair with Booder. All occupy the role of investigators and must guess what is hidden behind these 80 anonymous people who parade in front of them without questioning them, simply by looking at them. Accountant or stripper? Bigger or smaller than Booder? Singer or impostor? In several rounds, the teams must decide between themselves by guessing details relating to all these candidates!

For 120 minutes, sequences and questions follow one another to guess the profile, profession, talent, secret or personality of the anonymous candidates. If some viewers quickly zapped, others admitted to appreciating the freshness and benevolence that emerge from this entertainment. But other viewers did not hesitate to denounce the plagiarism of another program which made the beautiful hours of the beginning of the evenings of France 2 from 1996 to 2002: “Who is who?”, presented by Marie-Ange Nardi , Pepita and Guy Lecluyse. Even if Arthur does not hide from having been inspired by such a program for “Visual Suspect”, Internet users saw a cruel lack of originality…